Today we’re happy to kick off the first in a series of ‘ALUULA Stories’: interviews taken from both riders and those behind the scenes who have

first-hand experience of this ultra-light material, and how it’s changed their outlook and way of thinking when it comes to both riding and how the material can improve kitesurfing forever.

First up is rider Chase Leibfritz with his experience of riding on the A-Series ALUULA kites.. 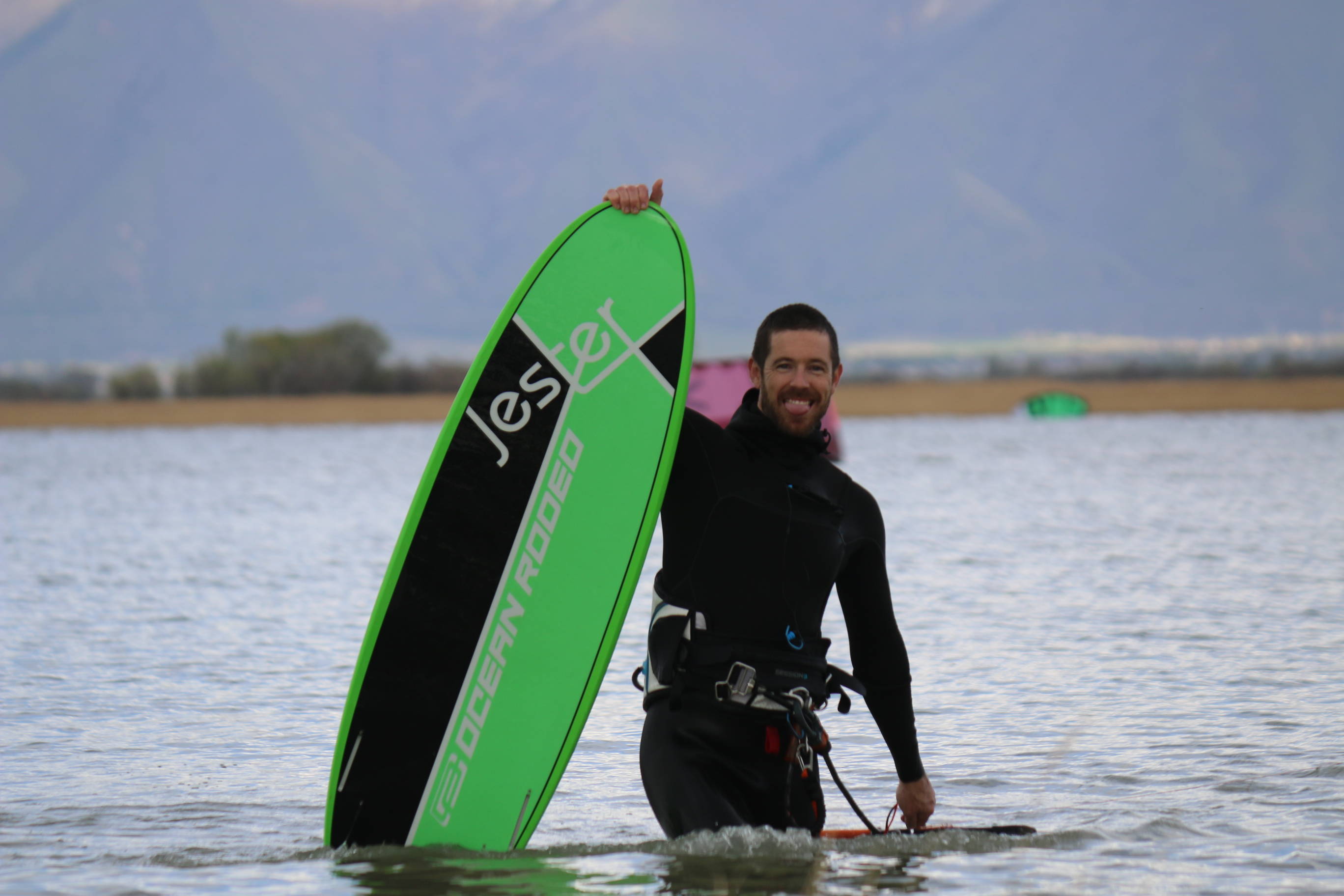 What was your motivation for purchasing one of the ALUULA-powered A-Series kites?

I will admit that I was quite hesitant about purchasing. My fear was that the added cost of the ALUULA versus that of Dacron wouldn't be justified by the benefits of the kite. That idea was squashed within the first 10 minutes of my first session. This new ALUULA material really is worth it. We ride very fickle winds in Utah. I have a friend in Florida tell me they don't ride if there is a 10 knot variance in the gusts. We would never ride in Utah if that were the case.

Which A-Series kite do you own and how does it suit your riding style?

14.5m A-Series Flite. If this was my only Ocean Rodeo kite, I could ride it 90% of the windy days in Utah. I can start foiling around 6-7 knots and can hold it down on a twintip when it's gusting to 30 knots. That's when it's fun; Jesus walks and board-offs for days. I almost exclusively ride this kite in the snow too. If it is blowing 30+ in the winter, it usually makes for a miserable day in the mountains. We get very smooth, post-frontal winds for about 18 hours after a snowstorm. This makes for perfect conditions… miles of pristine, untouched champagne powder and amazingly smooth wind. 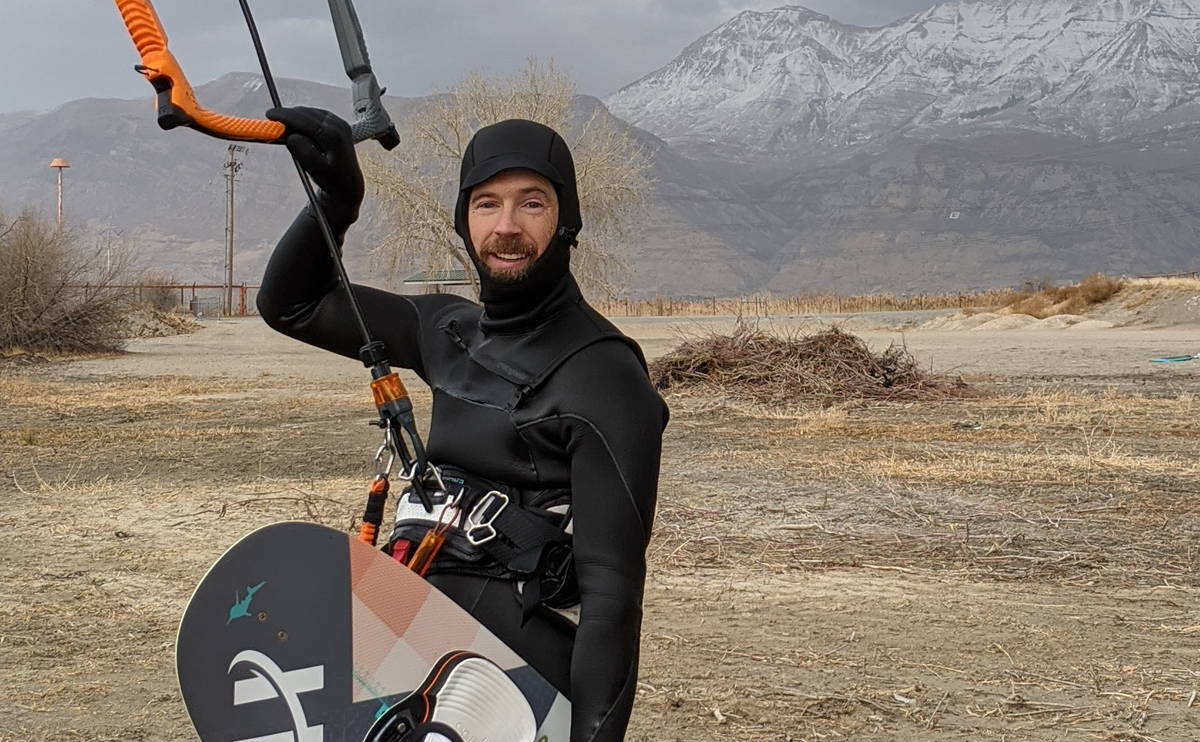 What’s been the clearest benefit you’ve noticed from riding with ALUULA?

At our mountain reservoirs, we ride in extremely variable conditions. In my very first session, there was one 21m foil kite on the water when I arrived, with about 20 other riders on the shore waiting. I pumped as quickly as I could as the conditions were perfect to really put this ALUULA kite to the test. I went out on the Mako to make it even more difficult on myself. I was able to stay upwind, do some basic back and front rolls. And now for the biggest test of all, and one of my favorite things about this kite… I came in close to shore to showcase the kite in front of all the other riders. I intentionally put the kite down in the water and let it float directly downwind. Then I thought, this may have been a bad idea. Nope! Grabbed the steering lines and the kite, like magic, floated off the water and reverse launched. I switched to my surfboard and headed back out for a two hour session and not sure I stopped smiling the entire time. I had the owner of our only kite shop in town tell me later that there was a lot of chatter and jealous riders on the beach. Kudos Ocean Rodeo, this ALUULA A-series kite is legit.

How has your riding changed since you’ve been on the A-Series kites?

I wouldn't say that my riding has necessarily changed that much, other than more time on the water. On a good wind day, I probably wouldn't need an A-Series kite. But again there are lulls that may have the most experienced kiter floating in the middle of the lake for up to 15 minutes at a time. I had an experience last summer where I counted 22 kites down in the water at once. The ALUULA was the lone soldier that never went down. Without a shadow of a doubt, even my Dacron 17m Flite would have not stayed in the air, much less kept me riding.

How have you found the low end and the top end of your ALUULA kites?

The A-Series ALUULA kites were designed with weight savings and that shows on the low end. The kite generates a lot of power on the power stroke. The ALUULA composite allows for a very rigid and extremely responsive kite. With all the talk about the low end, I actually think the top end is more impressive. Because the ALUULA material is so strong, you can run 10 PSI. I had a problem with a previous generation of the Flite deforming in high winds. I've flown the 14.5 in over 30 knots. The boosts are so lofty with feather-like landings. 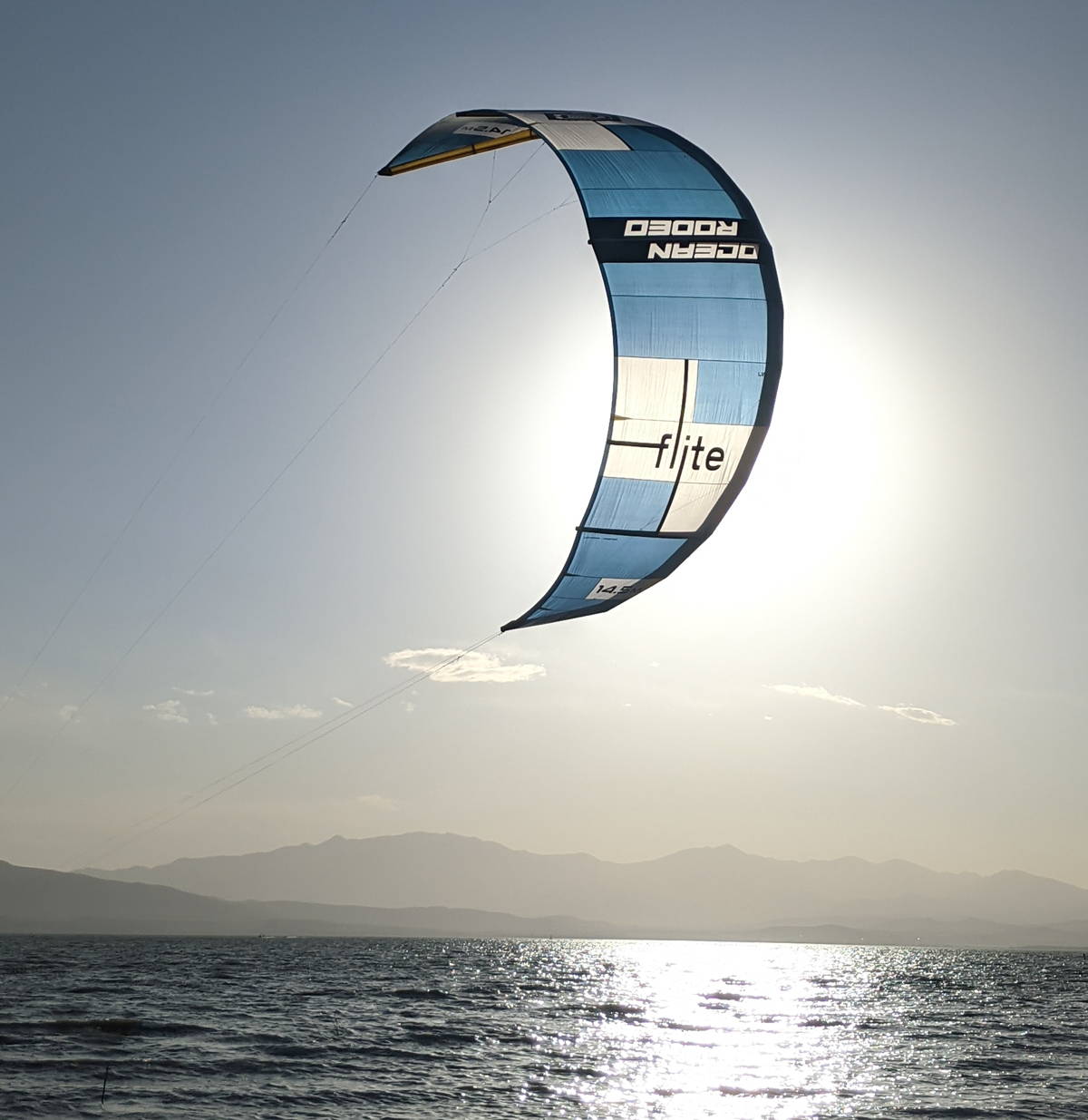